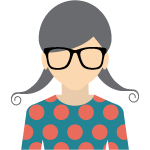 Hi, my name is Maxine, and I'm glad you find my blog. A few years ago, I lost my husband, and I learned how challenging it can be to plan a funeral. Luckily, I had the help of a great funeral director to guide me. One of the things he impressed upon me was the need to make funerals beautiful. There are a host of ways that you can do that, and they include everything from readings to songs and from flowers to the venue. If you are planning a funeral, I offer condolences on your loss, and I hope you can find the information you seek here. Thank you for reading!

Here are some funeral arranging tips to follow if …

If you are considering upgrading the monuments for …

A family dispute is the last thing you want when y …

If a family monument headstone is looking tired an …

Funerals: When Next of Kin Refuse to Recognise the Deceased's Gender Transition
30 April 2020

When a transgender family member or friend passes …

A family dispute is the last thing you want when you're planning a funeral. But such disputes can arise when it comes to certain aspects of the funeral, such as whether or not to have an open casket. But why would this even be a point of conflict?

Reasons for an Open Casket

Family members who are pushing for an open-casket funeral will have their own reasons for doing so. They might feel that it's traditional for the deceased to be on display during a funeral, which might be informed by their religious beliefs, whether or not the deceased had the same beliefs.

Reasons Against an Open Casket

Some might find the visible presence of the deceased to be too confrontational and upsetting, both for themselves and other attendees. When the deceased passed away after an illness, their physical appearance might reflect this, and it might be that those who don't want an open casket prefer to remember their loved one as they were in life, rather than how they were at the end of their life.

When your loved one left specific instructions about their funeral, having an open casket might not be a matter of debate. If possible, you should consult your loved one's will, as some people opt to leave funeral instructions in this document, even though a will is often not executed until after the funeral and burial or cremation. You'll want to honour their last wishes, but when no precise instructions were left, and the matter of an open casket has led to a dispute, a compromise might be the best course of action.

A viewing or visitation is one of the more common funeral services, and your funeral director can easily accommodate this. It can be held at the funeral home and is simply an optional open-casket viewing before a closed casket funeral. Depending on time constraints, a viewing can be held on the same day as the funeral, or even the day before. It allows those who wish to see the deceased as part of their grieving process to do so. Alternatively, it allows those who will find the experience too confrontational to avoid the viewing.

A dispute when planning the final farewell for a beloved family member is obviously unfortunate, but when the debate is centred around whether or not to have an open-casket funeral, a compromise is an ideal way to settle that dispute. For more guidance, work with local funeral services.